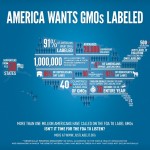 The Organic Consumers Association is calling for a boycott of  natural/organic brands whose parent companies donated heavily to defeat California’s Proposition 37 that would have required the labeling of GMO ingredients.  We agree.   The culprits include Cascadian Farm, Muir Glen and LaraBar (owned by General Mills), Odwalla and Honest Tea (owned by Coca Cola), […] 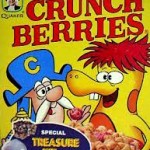 We’ve been in business long enough and worked in the food business even longer that we know that when someone sells, it isn’t doesn’t mean someone is selling out.  It might just mean that they’re tired, bored, or just got some kids to put through college. We’re not sure if any of these apply to […]

Biodynamic Keeps Getting Bigger In Europe

Word from folks who attended BIOFAC last month, the European Organic Trade show held annually in Nurnberg, Germany told NBN that more and more products were certified biodynamic this year. While Biodynamic certification is virtually unheard of among large manufacturers, NBN expects more U.S. to follow suit, especially as they seek to distinguish their products […]

Michael Pollan Berates Nutritional Science and Gets It Wrong

It took us more than a few wine laden conversations to figure it out. Michael Pollan is getting confused.  In his NY Times Sunday Magazine cover story www.nytimes.com/2007/01/28/magazine/28nutritionism.t.html?ex=1176955200&en=108422e8afc956dc&ei=5070   the normally brilliant social critic missed the boat, the dock and landed on the wrong coast.  What Pollan did was especially upsetting to NBN, as his leadership in […]

Weetabix Close to Dealing Off American Cousin According to a report in the Times of London online edition, Weetabix is reportedly days away from signing a deal to sell leading natural cereal maker and a private label portion of it’s business in an effort to focus on it’s Weetabix and Alpen and Ready Brek lines. […]