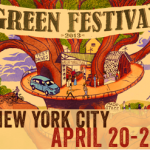 Maybe its because I used to drive a cab in Manhattan in the 1980’s when the city was broke and tranny hookers and sex clubs commandeered the late night meat market streets long before the Apple Store, Japanese designer boutiques and oh-so-haute hotelier sprouted from the loins of the 1%.  Like more and more of […] 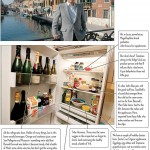 ‘Right Wing’ Views Of WFM CEO To Be Publicized If you read NBN regularly, you know we love calling Whole Foods, America’s glitziest non-union grocer. When WFM’s second store launched on Union Square the site of many important battles in America’s labor movement, that the ghost’s of labor past were likely shaking their heads. Well […]

Wal-Mart is batting 0 for 2 in its quest to finally open a location in New York City.  Plans this spring to open a store in the Rego Park section of Queens failed and recent efforts to open a store in Brooklyn were rebuffed by the same combination of union, civic and small business activists […]

Trader Joe’s announced plans for it’s first store on the isle of Manhattan. The 15,000 sf store is reported to be on the ground floor of an NYU Dormitory. No word on whether the store plans on selling term papers or Cliff Notes. Look for more two stop shoppers, waltzing between WFM and TJ’s while […]