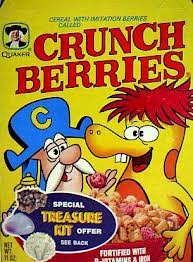 If you haven’t been following the details about the many lawsuits against a slew of food giants ranging from General Mills to ConAgra and Pepsico you might be mistakenly excited over a new era requiring honesty in food labeling.  Yet most of these have less to do with consumer rights and more to do with lawyers seeking ways to gain million dollar payouts exploiting the current lack of regulatory clarity.

While not all the suits are inspired by  legal wrangling that makes NBN  endorse the “first thing we do is shoot all the lawyers” point of view a story in The New York Times details the fact that many are about as concerned with consumers as the 1% is concerned about of the speed of the checkout lines at Wal-Mart.

While NBN is reluctant to side with hired guns working on behalf of CPG giants the report makes it clear that the battle lines have been blurred.  While we groan every time we see our natural food loving friends buying their kids those low-priced, high-fructose laden Nature Valley Granola bars “because they’re so much cheaper than Nature’s Path,” letting high-priced lawyers wage the war against food deception makes NBN just as edgy.

Of course while regulators avoid creating rules defining ‘natural’ label claims the current mess is likely to go on and on and on.  Meanwhile real distinctions between minimally processed truly all-natural products remain unclear and the competitive landscape favors those selling ‘snake oil’ natural.   NBN isn’t foolish.  We understand any meaningful regulation is likely to take years, but the conversation needs to begin, and outside of the courtroom.

While there has been some success, notably in the FDA’s ruling that high fructose corn-syrup cannot be called corn sugar  so many other issues, ranging from antibiotic use in poultry  to the elephant in the living room GMO’s, remains to be sorted out.

The current situation has yielded a variety of lawsuits that make satire nearly impossible.  “’It’s difficult to take some of these claims seriously, for instance, that a consumer was deceived into believing that a chocolate hazelnut spread for bread was healthy for children,’ said Kristen E. Polovoy, an industry lawyer at Montgomery McCracken, referring to a lawsuit that two mothers brought against the maker of Nutella.”

As for the lawyers that got some plaintiffs to sign up for a false advertising suit against Fruit Loops and  Captain Crunch Crunchberries because it did not contain real fruit we’re thrilled by their shameless creativity and disturbed for the obvious reason.    The case was dismissed.