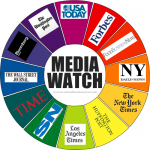 Thanks to Sean Timberlake for pointing us to the dangers of tweeting about scones.  As reported in The Eater April 16 Epicurious’ attempt to respond to the Boston Marathon bombing was about as well thought out as telling the government to stay out of my Medicare.

The April 19 LA Times Daily Dish posts included one for National Garlic Day (my apologies to those I forgot to send a card) on 17 outlandish ways to use garlic including garlic chocolate chip cookies.

According to Wall Street Journal story on April 17 NBN’s instinctive yet never acted upon urge to smash up all those cloying cute, overpriced and overhyped cupcake shops may soon be on the wane as the craze is fading.  Sad another way investors in CRUMBS  investors are now left with nothing more than crumbs as the NASDAQ traded stock fell down under $1.50, from its mid 2011 high of over $13 a share.

In the Huffington Post April 16 Oklahoma State Professor Jason Luskey tells the world reasons not to buy organic that sound all too familiar to those independent scientists that used to tell us there was no clear correlation between smoking cigarettes and lung cancer.  Were it not for the growing number of stories trying to discredit organic we wouldn’t post a link to this nonsense, but as we know from debates about global warming and more that interpreting data is the latest and greatest way to propagandize.  Watch this brilliant video on corporate science if you think NBN is exaggerating.

CNBC reported on Tuesday April 16 that brand loyalty is continuing to drop.  While its not really news that brands costs less and are marketed with greater effectiveness than ever, the continuing clumsiness of the food giants continues to suggest that bigger is not only far from better but worse.  Learn more about Deloitte’s annual American Pantry Survey here.   Also related is NBN’s Levine Report story on how corporate retailers continue to squeeze employees and vendors with greater rapacity to make up for their failure in actually knowing how to sell products.

On April 17 The New York Times blog reported on the work of an honor studies high school student who compared the sex, lies and videotapes of fruit flies eating organic food versus their conventional counterparts.

Another Times story on April 16 details the foibles on JC Penney’s attempt at creating straightforward retail pricing.  Don’t miss the story entitled Sometimes We Want Prices to Fool Us. http://www.nytimes.com/2013/04/14/business/for-penney-a-tough-lesson-in-shopper-psychology.html?pagewanted=all

For a great read from someone who isn’t among the eco-friendly read this essay in The Bold Italic by Shideh Etaat who writes: “The most shocking thing about moving to San Francisco three years ago for grad school
wasn’t that my brain started malfunctioning from the lack of sunshine in the summer, or that people drank and smoked pot freely in the parks almost every day of the week. It wasn’t even all those penises I saw flapping around in the Castro. The thing that jarred me the most about this city was just how green and eco-friendly everyone was and expected me to be.”