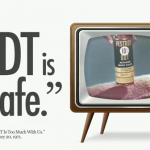 Hain Celestial Food’s Irwin Simon rang the bell at the NASDAQ floor June 18th. While we don’t think the high-stress traders were given any organic snacks they probably could use them. The few traders we know eat nothing but junk. Kudos to the crew at Hain.

Mackey’s Chat Room Escapades; Much Ado About Nothing

Death to Rahodeb We have a uniquely minority viewpoint in regards to John Mackey’s investor chat room fun.  When company is raked over the coals for things like Mackey’s internet interludes, while others are routinely applauded for massive layoffs, perhaps the business media has been duped by too many fancy cocktail parties or lunches to […]