For years its been well known to anyone in the grocery business that one way a lot of supermarkets deal with the ongoing challenge of “making their weekly numbers” has been to cut hours, especially for the highest wage earners and give those low-paid clerks more hours. What we didn’t know is that supermarkets are far from the only one playing this game.

In fact, as noted by progressive activist Jim Hightower a “recent survey of some 400 retail employees in New York City found that only 17 percent have a set schedule. Those with no set hours, also have no set income – and no life.” Check out the Retail Action Project for more information.  For  a terrific annotated list of key research on the impact of big box versus locally owned retail is go here.

In today’s omni-channel retail environment (online, grocery stores, drug stores, mass merchants, convenience stores) expect to see this more and more.  The bigger they are the harder the fall in this ever challenging retail landscape. If you’ve haven’t noticed all the abandoned big-box stores, you’ve either been out of the country or your name is Rip Van Winkle. 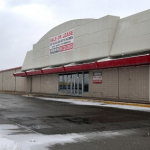 These were the stores that 20-25 years ago began replacing all the local, owner operated electronic retailers, book stores, pharmacies, appliance dealers, office supply business, supermarkets and regional banks, all in the name of efficiency and reduced costs for everyone. Of course what we’ve discovered is that a majority of these retailers are about as efficient as a mule team of three-legged asses.   While the smaller, local-er, nimbler forebears could weather the roller coaster the big boxes can’t weather downturns with efficiency nor do they care what happens to the community after they’ve gone.  People aren’t as important as numbers on the spreadsheet.

Despite promises that bigger is better we’re increasingly seeing the opposite is true. As anyone who has sold wholesale goods to large retail chains knows, if these overstuffed giants were half as good at selling products as they were at creating near fraudulent charge backs to their vendors we wouldn’t be seeing 25-50% OFF SALE signs 52 weeks of the year. Remember when White Flower Days at Macy’s actually meant something. Today buying a coffee from the Starbucks inside my local Safeway is as exciting.

If you’re unfamiliar with the term, a vendor charge back is when a buyer, in this case a large retailer, tells a wholesale supplier of goods, that they won’t pay the agreed upon and invoiced price.  Instead, the retailer, say Federated’s Macy’s Department Store pays a price minus various charges Macy’s decides to deduct. Unfair. Of course it is.  But its like when my bigger sister used to trade me a nickel for a dime. You can’t always argue when someone else is in the power seat.

Of course even those so-called ‘good to work for stores like Costco, Whole Foods and Trader Joe’s pay wages that a mid-level United Food & Commercial Worker clerk would have made in the 1990’s.  Stagnant wages along with/or because of downward price pressures from Chinese imports, NAFTA and the growth of mass merchants (most notably Wal-Mart, but increasingly Target now moving into more and more urban areas with its CITY store concept) and the problem gets even more complex. Three ibuprofen and a double bourbon please.  On the rocks.

EDITORIAL NOTE: This is not a substitute for medical advice nor a recommendation. And yes  the  author is aware of the adverse effects of taking NSAIDS with liquor, which is why I rarely do. 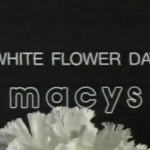 Earlier this week NBN posted a link to Stacy Mitchell’s TEDx talk before and here it is again. Why We Can’t Shop our Way to a Better Economy is a must see and probably can spare you the need to take those painkillers with your favorite cocktail. Watch this. You might still need some ibuprofen.  You might not change where you shop.   But you’ll stop saying good things about stores that don’t deserve it.