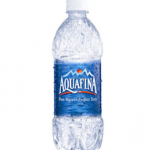 It’s hard to fathom that not too long ago analysts once estimated that the market for bottled water was extremely small.  After all why would people in countries with clean water supplies pay for something that they can get for free.  But of course the human animal works in mysterious ways, especially when marketing is involved.  Watch this video on the hidden costs of bottled drinking water and think.

As long time readers or anyone who’s visited NBN at his home or office knows, we’re huge fans of the SodaStream home soda maker and (yes, we’re bragging) wrote about it way back in 2008 when you had to go to boating supply stores to find them and the company had a different, dorkier (in a bad way) name.  Ours is nearly five years old and still working like a dream.  Though the Penguin version with glass bottles is mighty appealing.

And if you didn’t catch the advertisement CBS censored from the Super Bowl you can watch it here.   It sure was a boon for the company but another controversy about SodaStream’s manufacturing plant in an illegal settlement of the occupied West Bank that has spurred calls for a boycott of the company is the type of publicity one hopes to avoid.  Not that the company is being contrite. .  Their response can be found at the end of the article linked above.  SodaStream refutes claims that it is exploiting the plight of Palestinians but actually providing jobs in a once shuttered factory.

Critics state that the company is taking advantage of the location as a way to reduce costs via economic incentives from Israel as well as the exploitation of Palestinian workers in the occupied territory.  Listen to an NPR report on the debate for a variety of opinions on the controversy.  As for NBN we’re recusing ourself from the controversy and if that sounds lame we’ll take a another stand against taking a side — spousal privilege against testifying.  While a marriage between a man and his seltzer maker is not legally recognized, they day might come to pass.

EDITORIAL NOTE:  The occupation of the West Bank by the State of Israel is extremely troubling to NBN and the above article in no way is meant to belittle proponents of the boycott or advocates for Palestinian Rights.   For those who doubt the Israeli occupation and plight of the Palestinians is an issue of grave moral turpitude please see Amnesty International’s website .