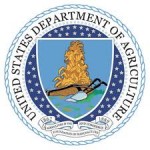 A recent story by the Associated Press reported on the growing consumer demand for organic products also detailed the challenges to getting more supportive policies from a USDA and a Congress dominated by the interests of large agriculture.

As detailed in the AP story, “the amendment would allow the organic industry to organize and pay for a unified industry promotional campaign called a “check-off” that is facilitated by the Agriculture Department but is no cost to the government. These promotional programs have traditionally been limited to individual commodities or crops, producing familiar campaigns like “Got Milk?” and “Beef: It’s What’s for Dinner.””

In opposing the amendment Rep. Frank Lucas, R-Okla asked, “How do I present organic pork without disparaging non-organic pork?”   Similarly, Rep. Austin Scott, R-Ga stated his concern efforts to stop or label GMOs: “That’s one of the things that has caught me and raises my concerns, is that industry’s lack of respect for traditional agriculture.”

UPDATE May 30:  The House approved the amendment to the Farm Bill allowing multi-commodity marketing of organic foods.  The bill now goes to the Senate  To learn more about how mandated check-off fees work and why growers and producers don’t alway favor them and U.S. courts have sometimes ruled against them read an overview from the National Agricultural Law Center.  For more on the organic program read this news story in The Country Today