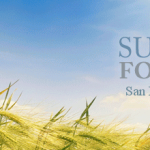 While there’s plenty of reason to be optimistic about the future of sustainable food the upcoming  2013 North American Sustainability Summit  right after that Winter Fancy Food Show is certain to offer lots of food for thought including thoughts of concern.   As noted in a recent release from the summit’s producer, the Organic Monitor, consumers […]

Anyone who has worked in a restaurant or as a cater waiter like we have has seen more than their share of food get tossed in the trash.  One vivid memory of a party for computer giant Oracle at San Francisco’s Exploratorium comes to mind. It was under attended, easy to work, rather boring. Passing […]